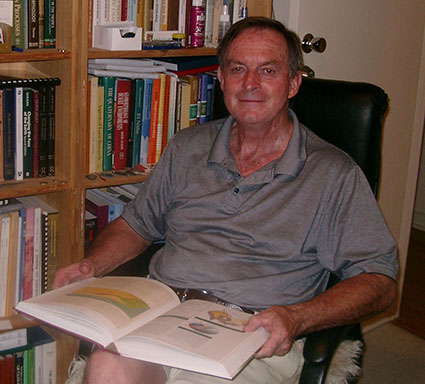 Emeritus Professor Martin Williams is the leading authority on the Quaternary geology and geomorphology of the Nile Basin. Through sustained inter-disciplinary fieldwork in Africa, Australia, India and China, he has made original and internationally recognised contributions to our understanding of the Quaternary geology, geomorphology, soils, climatology, hydrology, geo-archaeology, prehistoric environments and desertification. He has worked closely with teams of archaeologists. He is best known for his work in the Nile Valley, erosion in Australia and desertification. He contributed to many important international committees dealing with aridification. He is an excellent communicator of his science and its implications for humanity's future.

In 1969 the Australian National University awarded him the degree of Doctor of Philosophy (PhD) for his work on hill slope erosion in Australia. In May 1996 the University of Cambridge awarded him the degree of Doctor of Science (ScD) for his work on geomorphology, soils and Quaternary environments in arid and semi-arid areas, with special reference to North Africa, Australia and India. The Royal Geographical Society had previously awarded him the Cuthbert Peek Medal for his work in the Sahara, the Sudan and Australia. His particular contribution is the reconstruction of prehistoric environments using evidence from a wide variety of disciplines, ranging from the habitats occupied by early hominids in the Afar Rift of Ethiopia to Neolithic occupation in the Sahara and Nile valley and late Pleistocene wetlands in the arid Flinders Ranges of Australia. He is a recipient of the Sir Joseph Verco Medal of the Royal Society of South Australia, the Farouk El Baz Award for Desert Research from the Geological Society of America and the Distinguished Geomorphologist Medal from the Australia and New Zealand Geomorphology Group. In July 2007 he was elected a life member of the International Quaternary Union.